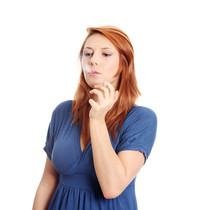 SuperDetox Bioresonance are leading the way in e-cigarette vaping cessation.  The session can be taken individually or in conjuctunction with the Stop Smoking programme.  The stop vaping session takes around 90 minutes and is given in the comfort of your own home.  Quit smoking for completley and feel your health improve and your self esteem soar by being able to quit for good.

In recent months we have seen a huge increase in the number of clients seeking help for e-cigarette addiction, commonly known as ‘vaping’.  The reasons for quitting e-cigs vary from using it as a stepping stone to quit smoking completely, to smokers/vapers being concerned  about poor health brought on or exacerbated by using e-cigarettes.  There are also significant numbers of smokers that are using both cigarettes and e-cigarettes, smoking cigarettes when convenient, and vaping e-cigs when smoking is prohibited in places such as the workplace or inside public buildings.

I hear stories of hardened smokers that try to quit smoking are using them like prescription drugs, such as Champix or Nicotine patches,  E-cigarettes are masquerading as medications because they have not been subject to the same testing and regulations that NRT have.  There isn’t any regulation or guidelines as to what can be inside an e-cigarette.

Searching through the last five years of  medical journal archives reveals about 200 references to electronic cigarettes. Because,  these products are comparatively  new, there are no long-term studies on the effects of using them regularly.  Instead, research is focused on what is being delivered to smokers' lungs in addition to the nicotine it promises.

The US Food and Drug Administration analysed the components of e-cigarette cartridges in 2009. They identified trace levels of tobacco-specific nitrosamines (TSNAs) – cancer-causing compounds commonly found in traditional cigarettes, albeit at a much lower concentration.

Although concerning, this isn't a huge surprise – similar levels are found in nicotine patches. But the FDA also found diethylene glycol, a component of antifreeze and brake fluids. Classed as a poison by the World Health Organisation, at high enough quantities it can cause kidney damage, nerve dysfunction and respiratory failure. Many of the clients seeking help from SuperDetox to stop vaping have reported these symptoms as being a primary reason to stop smoking e-cigarettes.

In March 2013, researchers from the University of California examined in detail the aerosol contents of e-cigarettes. They found particles of silver, iron, aluminium and silicate, and nanoparticles of tin, chromium and nickel. The researchers noted that concentrations of these elements "were higher than or equal to the corresponding concentrations in conventional cigarette smoke", and that "many of the elements identified in [e-cigarette] aerosol are known to cause respiratory distress and disease".

With a little research, it is clear that we do not know the risks of using e-cigarettes long-term, and the potential for harm is significant.

Want to stop vaping? It's so easy to get started, just fill in the form below.

Your form message has been successfully sent.

You have entered the following data:

*Results may vary from person to person

To call from a mobile, please do not dial the first zero.

in Manchester.  You come to us.

To call from a mobile, please do not dial the first zero.